“I draw inspiration from books, movies, internet, and magazines. When working with the diptychs I play around with the negative and positive spaces within the painting, usually offsetting one against the other. The colour circles and rays that feature throughout my work are called abstract interruptions. I have started using squares/rectangles of colour in the work which represent windows and doors of abandoned houses/buildings. More recently my works have evolved and become a little looser and painterly while still combining different aspects of my abstract exploration. As a side series I have started to explore aspects of geometric abstraction”. 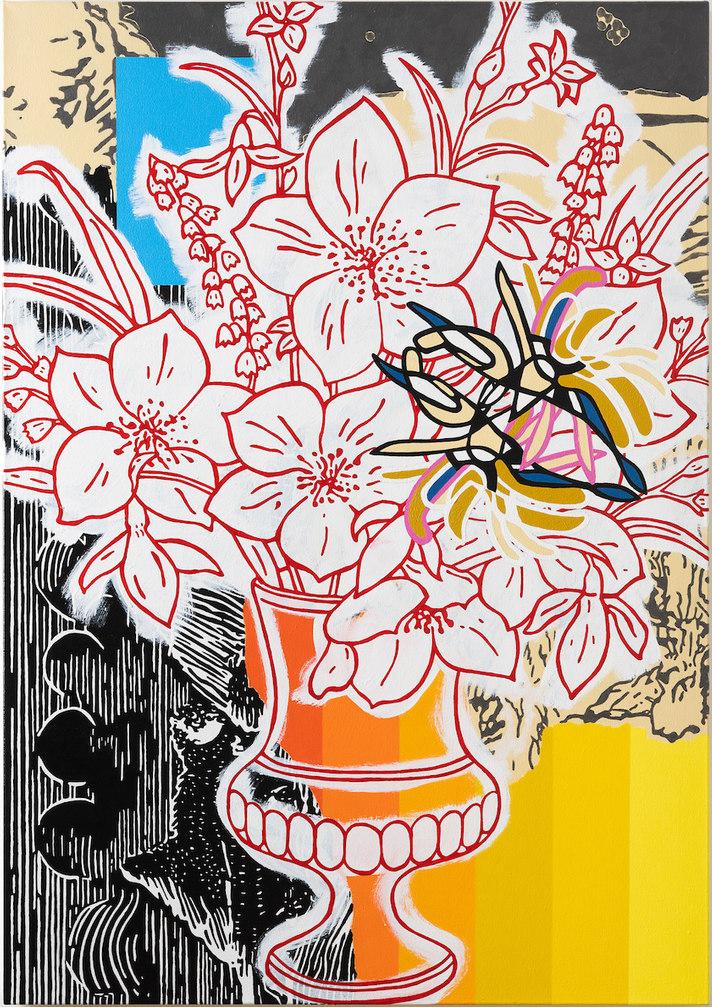 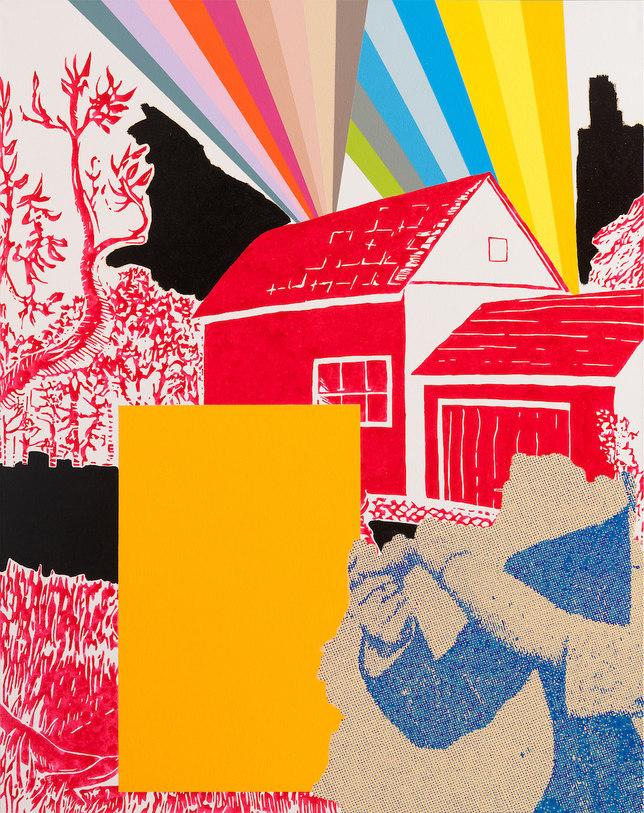